Intelligent solutions for a wide variety of technologies and industries

Intelligent solutions for a wide variety of technologies and industries 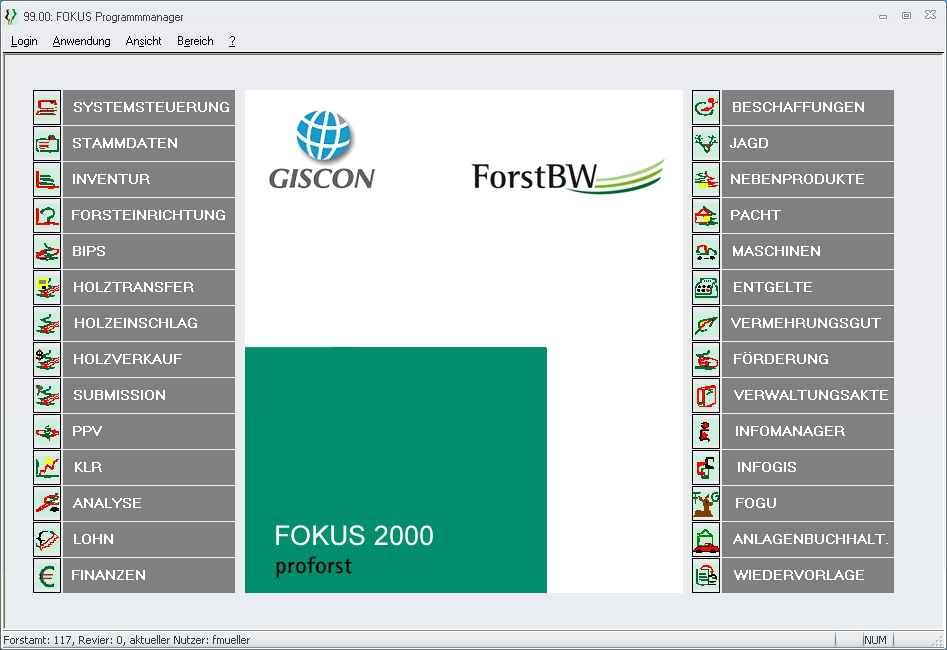 In 1998 we developed, based on already existing technical concepts and a subsequent feasibility study, extensive requirement specifications in cooperation with the state forestry service. This was followed by almost 2 years long realization phase in which parts of the development where transferred, accompanied by focused quality control, into the test operation phase. All modules and functional blocks where thoroughly tested in an special pilot forestry office.

2002 followed the starting signal for the live operation of FOKUS 2000, its success continued until this present day.

The implementation in 163 forestry offices, 2 forestry directorates and one head office took place in 3 steps. Every step was accompanied by intensive schooling. Until today, the system enjoys such a good reputation and user acceptance that even the extensive administrative reforms in Baden-Wuerttemberg could not stop FOKUS 2000 persistence in Forst BW. Today significantly more than 1000 users daily work with FOKUS 2000.

To date, FOKUS 2000 is maintained by GISCON Systems GmbH in close cooperation with Forst BW

We use cookies on our website. Some of them are essential for the operation of the site, while others help us to improve this site and the user experience (tracking cookies). You can decide for yourself whether you want to allow cookies or not. Please note that if you reject them, you may not be able to use all the functionalities of the site.